The Path in Synthesis

Inaugurated between spring and autumn 2015, the Media-Archive project wanted to be a multimedia and interdisciplinary platform dedicated to the archiving and distribution of heterogeneous practices and knowledges. The archive was designed to collect and promote cultural projects related to historical memory, visual arts, architecture, cinema and the new horizons of audiovisual communication, extending the exposure and access to the material to all types of public, through interactive programs, educational activities, meetings and exhibitions.

Already at its inception, the project, still in its embryonic stage, met the interest of the Filmagogia Foundation of Lugano, in search of valid supports and training proposals in the field of the potential of audiovisuals. Given the characteristics, objectives and material available, it was decided to divide the Media-Archive web platform into two distinct and independent areas: an audiovisual section (Media-Archive Audiovisual) and a historical section (Media-Archive History). The first would have flanked and supported the activities of the Filmagogia Foundation; the second, which contained the archive of the Diego Cinquegrana Private Collection and which was already defining its objectives also thanks to the deep friendship that united me with Gianfranco Moscati (1924-2018, philanthropist and collector), would have continued and perfected an organic path of collection, exhibition and research around documents and testimonies relating to the themes and events of European anti-Semitism and the Holocaust.

During the spring of 2015, the section dedicated to Audiovisuals, in the planning phase, represented a fundamental support element for the achievement of the main objective of the Filmagogia Foundation, perfectly fitting into the bagarre relating to the creation of a specific training course on cinema education and audiovisuals, together with the proposal to create a training course for university teachers. The opportunity for a first trial launch of the project came with the conference “Filmagogia – Cinema: not just emotions”, held at the University Alma Mater Studiorum of Bologna. On that occasion, on the 70th anniversary of the Liberation of Bologna, the audiovisual and historical projects worked together, presenting a selection of rare and unpublished sequences taken from “Requiem for 500.000”, a film belonging to the Ex Gianfranco Moscati Collection.

Immediately after, between May and July 2015, Media-Archive launched the first Audiovisual Contest and in September of the same year the project was presented during the first edition of the “Filmagogia Foundation and Augusta Pini Foundation International Award” at the venues of the Veneto Region as part of the 72nd Venice International Film Festival.
Gathering the interest and approval of teachers and students, between 2015 and 2017, Media-Archive Audiovisual conceived and promoted numerous international calls on topics of great interest on behalf of the Filmagogia Foundation, inaugurating the “Media-Archive Award”, an award established to enhance, promote and maximize the work of researchers, artists, photographers, directors and videomakers operating in the field of experimentation with forms, languages ​​and new cinematographic and narrative technologies (Alternate Reality Games, Transmedia Storytelling, Remix and Web fiction ).

The experience of the Media-Archive Audiovisual project was once again hosted as part of the subsequent Venice International Film Festival and the following year it conceived and implemented several transmedia projects in Switzerland, inaugurating a prolific season of innovative events in the area. Concluded in 2018, the Media-Archive Audiovisual project was absorbed as a side-project among the activities of our agency, Aimaproject SA, which carries out innovative cultural projects with the aid of new communication languages at the request of private individuals and institutions.

The Historical Archive of the Diego Cinquegrana Private Collection was begun in the first decade of 2000 as a natural evolution of a collection path that had begun some time before but lacked a homogeneous thread. The first nucleus of the collection, at the time mainly focused on ruralism as a privileged [and protected] ‘machina mundi’ of National Socialist ideology, gradually expanded with a helical motion over the following ten years, embracing heterogeneous areas emanating from the same nucleus.
Until 2014 the Collection had no particular objectives or a target audience, referring to a strictly private dimension linked to the pleasure of collecting and disenchanted and disinterested research and observation; subject to sporadic forays into the ‘artistic’ sphere, aimed at feeding reflections and abstractions through [non solum sed etiam] that basin of images and memories. The end of 2014 and the beginning of 2015 coincided with a review and initial arrangement of the collected material, identifying the thematic areas of interest: the totalitarian regimes of the 1900s, European anti-Semitism and the Holocaust. Alongside the main sections, secondary collections have been organized (e.g. Judaica, numismatics, military postal history of the first and second world wars, etc.) to complete the first or other types, with a view to providing ‘ornament’ to the research that would develop later. The collected material was partly divided, preserved and archived by themes and / or media: photographs, documents, books, objects, philately etc. The organization of the material generated, motu proprio, short / long term needs and objectives, it is from this period that the first research and publications for international journals (e.g. Israel Philatelist, German Postal Specialist) date back.
Since the spring of 2015, the historical archive of the Diego Cinquegrana Collection, in particular the section dedicated to anti-Semitism and the Holocaust, has been merged and conveyed by the Media-Archive History project, which has invested its resources in organizing projects didactic, conferences, exhibitions and screenings at public and private bodies accompanied by professional publications and selected essays. These first years of activity were supported by the constant and precious presence of Gianfranco Moscati and many other important personalities, the numerous charity initiatives promoted by me and Gianfranco also date back to that time through the exhibitions and lessons held on the occasion of the Day of Memory.
Gradually the path of the Archive developed along two fundamental trajectories: the first of a purely archival and research nature (study, conservation and cataloging of objects, documents, photographs and publications of the Diego Cinquegrana private collection on anti-Semitism); the second of an exhibition type (exhibitions, conferences, lectures, screenings, workshops and reworking of archive material), also in collaboration with personalities and direct witnesses.
Today Media-Archive History is a physical and digital archive of books, documents, objects, photographs and testimonies covering a time span from the 16th to the 20th century, with a particular focus on the history of European anti-Semitism and totalitarian states. The online archive is constantly updated. The aim of this collection is to offer scholars, researchers, schools, public and private bodies the possibility of using the material available for teaching, exhibition and research purposes. All the material in the archive is available to researchers, academics, private bodies or public institutions and schools for essays, exhibitions, conventions and conferences.

For Scholars and Institutions

The historical archive of Media-Archive was born in 2015 by the will of Diego Cinquegrana with the aim of collecting, conserving, studying, reworking and sharing relevant documents of our common past history.

Media-Archive History makes itself available to offer the following services:

For more information on consulting the originals or lending objects for the purposes stated above, please refer to our terms and conditions. 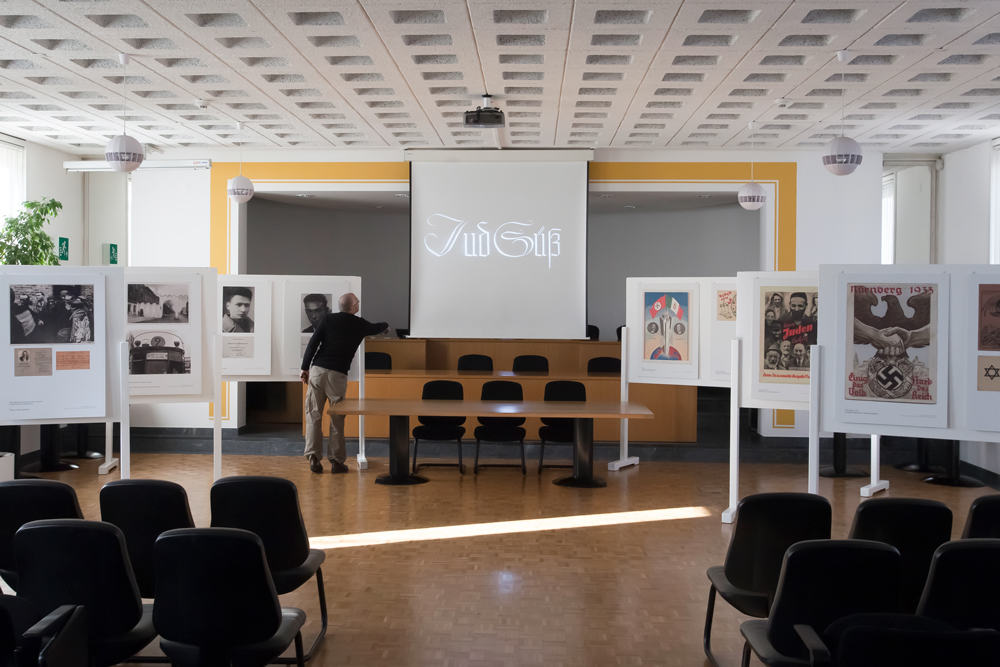 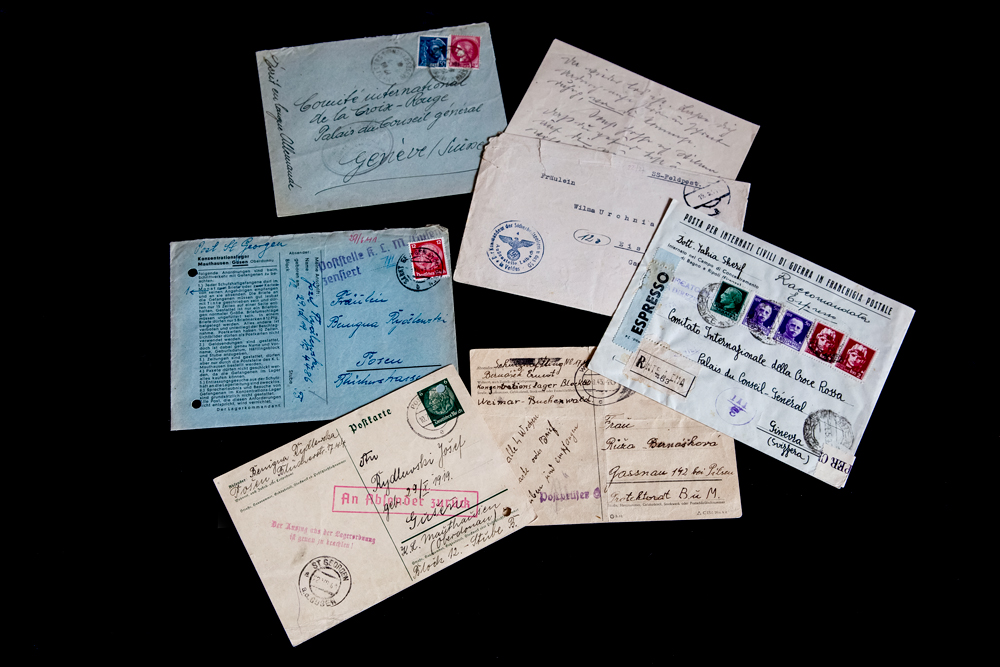 Media-Archive offers a dynamic archive and a contemporary diffusion of the knowledge. In this sense, new technologies and new media, create the ideal conditions for an intelligible communication of the historical-cultural heritage according to a cognitive process of learning-playing-interacting. The Archive welcomes and evaluates all the proposals of reworking of the archival material for educational purposes and their diffusion through the new forms of media communication in a cooperative and convergent view of the informational experience.
Media-Archive has a staff of experts in storytelling: storytellers that will let the documents and the archival assets relive, through events and digital and multimedia narratives made for the specific communication needs. Media-Archive can create educational and informational projects to sensitize people, applying gamification strategies (combining play and storytelling) to involve specific target groups (students, citizens, visitors) enabling new modes of fruition of the archival heritage.

To preserve, protect and pass on

The Media-Archive Historical Exhibitions on the themes of racial persecution and the Holocaust are available for institutions and individuals who wish to organize cultural events for didactic pourposes, smart entertainment, conferences, screenings and workshops during the anniversaries that internationally recall the crucial events of ‘900.
Below are listed our different types of exhibitions. Our offers include photographic panels in forex and plexiglass with reproductions in HQ of private archive material, audio recordings, rare filmic extracts, screenings and lectures, exhibition of original material (documents, photographs and period objects prior suitability of the exhibition space), publications and educational kits. Upon request, the exhibitions can be accompanied by promotional, informative and educational materials such: posters, flyers, press releases, essays and historical apparatuses, we are also available for guided tours, lectures and meetings.

The basic display is composed of photo-quality prints that reproduce documents and rare vintage images from the archives of private collectors, researchers and witnesses. The prints are applied on forex panels of 3 or 5 mm. The display aids (uprights and stander) are not included, the panels are provided with hooks for the installation. To each exhibition is associated a multimedia projection or an audio environment. Frames with original objects, documents and photographs (supported by historical explanations) are also available prior suitability of the location.

The multimedia exhibition consists of audio-visual material (sound, video and sound recordings) ideal for large wall projections or technological consultation in classrooms. The contents of multimedia packages change according to the exhibition theme chosen and are made for all audiences starting from secondary schools. The media may change according to the needs (DVD, USB drive etc.). The multimedia exhibition includes only audiovisual material (projectors and sound systems environment are available on request).

– Photographic panels in forex available in the following measures:

– Frames with original period documents and photographs prior suitability of the place of exposure.

Video projection of documents with captions and historical references.
Sale service of poster, graphic and presentation text of the exhibition.

Delivery costs are charged to the recipient.

Born in Como on November 20, 1981, he attended the Liceo Classico A. Volta in the same city and later the Brera Academy of Fine Arts in Milan. Visual artist, designer, researcher and collector, he has always been interested in ancient, modern and contemporary history, publishing essays and researches for international journals, organizing exhibitions and lectures on anti-Semitism and the Holocaust for schools and institutions. Since 2013 he is the co-founder, project manager and designer of the Aimaproject SA Communication Agency.