The Orphic Hymns. They were already discussed in my previous review of ‘Music for certain rituals’ (AimA & The Illusion of Silence). They are a collection of poems from the late Hellenistic period and are situated around the mystery cult of Orphism. A movement that went against the Christian faith. Adherents lived ascetically in order to gain a better life after death through physical and spiritual purity. The core of ‘Elysian Chants’ are seven Orphic Hymns, each dedicated to various deities or natural elements.

Caverna Delle Rose is the name for the collaboration between AimA Lichtblau (Les Jumeaux Discordants, Allerseelen), Evor Ameisie (NRTHGTE, DDeM Label, Camerata Mediolanense) and Diego Cinquegrana. The band finds its inspiration in magical rituals and performance practices dating from ancient times to the present. They balance between (anthropological) research and (musical) reinterpretation. Their common interest in ancient or primitive cultures results in ‘Elysian Chants’, the collective’s first album.

The cover artwork of the record shows a strong image: the penetrating ‘look’ of an old black mask against a contrasting white background, half veiled by a dark red veil. Intriguing, just like the opener ‘To Dionysius’. The figure Dionysus or Bacchus is the deity of viticulture, fertility, theater and music, but also of ritual madness and ecstasy. The latter can clearly be heard on this more than six minutes lasting trip full of compelling rhythms and mysterious voices. It is one elongated Dionysian and particularly rousing evocation.

‘To Night’ brings back the calm by mixing nocturnal sounds of nature with a tranquil soundscape. Caverna Delle Rose seems to attach great importance to creating the right atmosphere and with results. Annamaria Bernadette Cristian’s e-cello gives the song that extra glow and mystery again. That elusiveness is also expressed through the male backing vocals and the ancient Greek lyrics that are given a voice by AimA. This is one of two poems to be recited in full, along with ‘To the West Wind’.

In the next hymn, the nemesis Erinyes or Furies are discussed. These underworld creatures were supposed to chase and torment criminals. ‘To the Furies’ is propelled by a brisk marching pace (referring to the chasing?) and enchanting vocals (“Terrific virgins, who forever dwell. Endu’d with various forms, in deepest hell”). The e-cello as an extra voice also proves to be an added value here.

As an extra track, in addition to the hymns, there is ‘Hyle, The Chant of Creation’ which divides the album nicely in two. It is an instrumental and dark intermezzo that evolves on what we previous already heard.

In the second part there is ‘To the Fates’. Besides nemesis, there are also Fates or the Moira. They determine the destiny of life, both of men and of gods. “Whose life ‘tis yours in darkness to conceal. To sense impervious, in a purple veil” I read in the English translation by Thomas Taylor from 1792. Do I find a link there with the image of the cover? In addition to AimA’s recitation in the first part of the song, the Italian poet and translator of Ancient Greek Angelo Tonelli also brings a few verses as a wise voice from the distant past.

The last hymn is one in praise of Zephyrus, the personification of the West wind. ‘To the West Wind’ is a somewhat soaring ending and is reminiscent of the musical idiom of Ataraxia. It forms a quiet climax after the dark atmospheres of the previous hymns.

As a concept and first album by Caverna Delle Rose, ‘Elysian Chants’ is certainly a success and deserves full focus when listening, preferably at high volume and in twilight atmosphere.

The album will be issued in a limited edition of 300 CDs and 300 LPs (various colors). 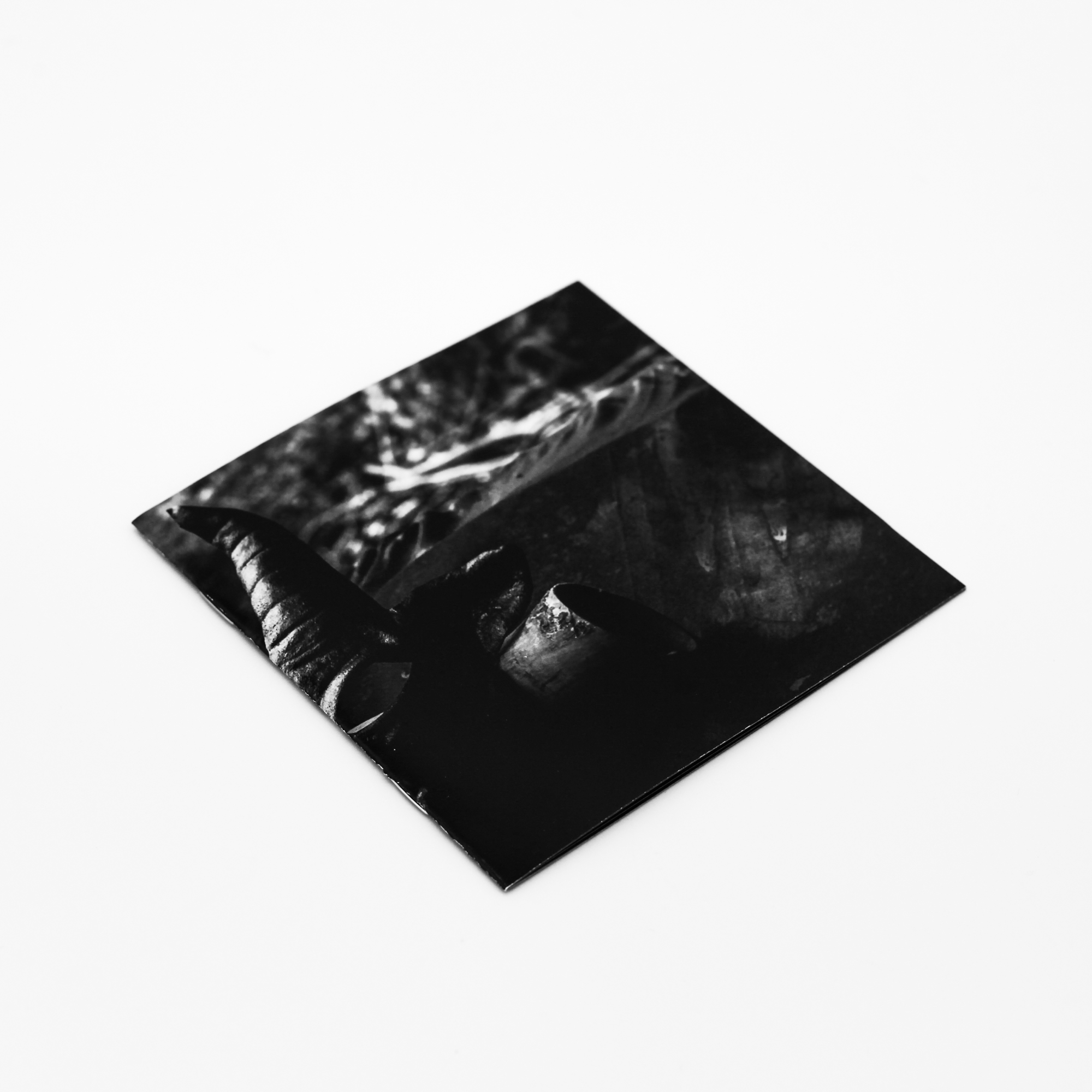